The Adventurous Art of Diving

Today I'm going to feature some covers from the men's magazine Adventure.

The first three are by Mort Kunstler who also used the name Emmett Kaye. Now well known for his American history pieces, Kunstler previously worked on film posters, Mad magazine and Aurora model kits as well as magazines such as Adventure aimed at the discerning male reader. 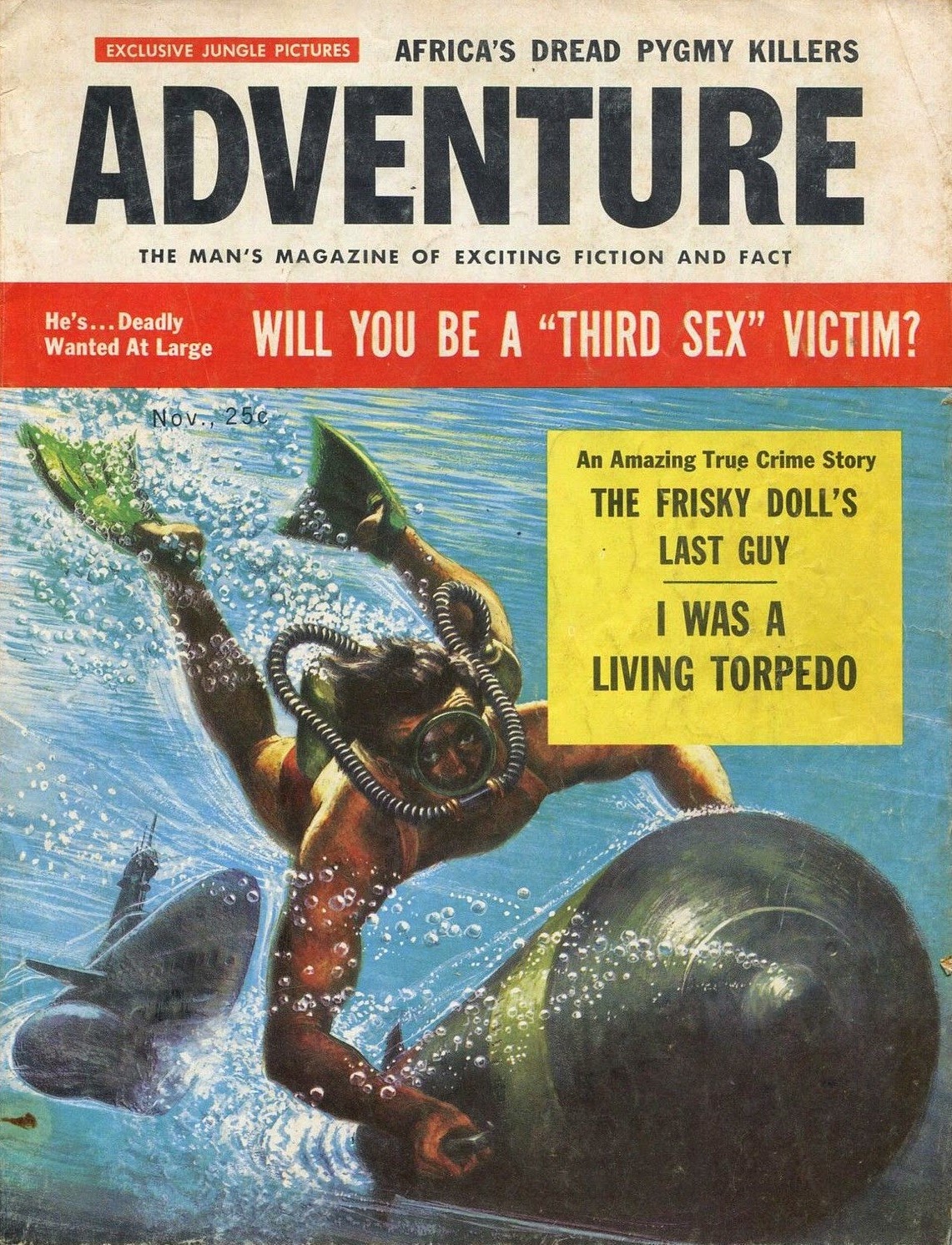 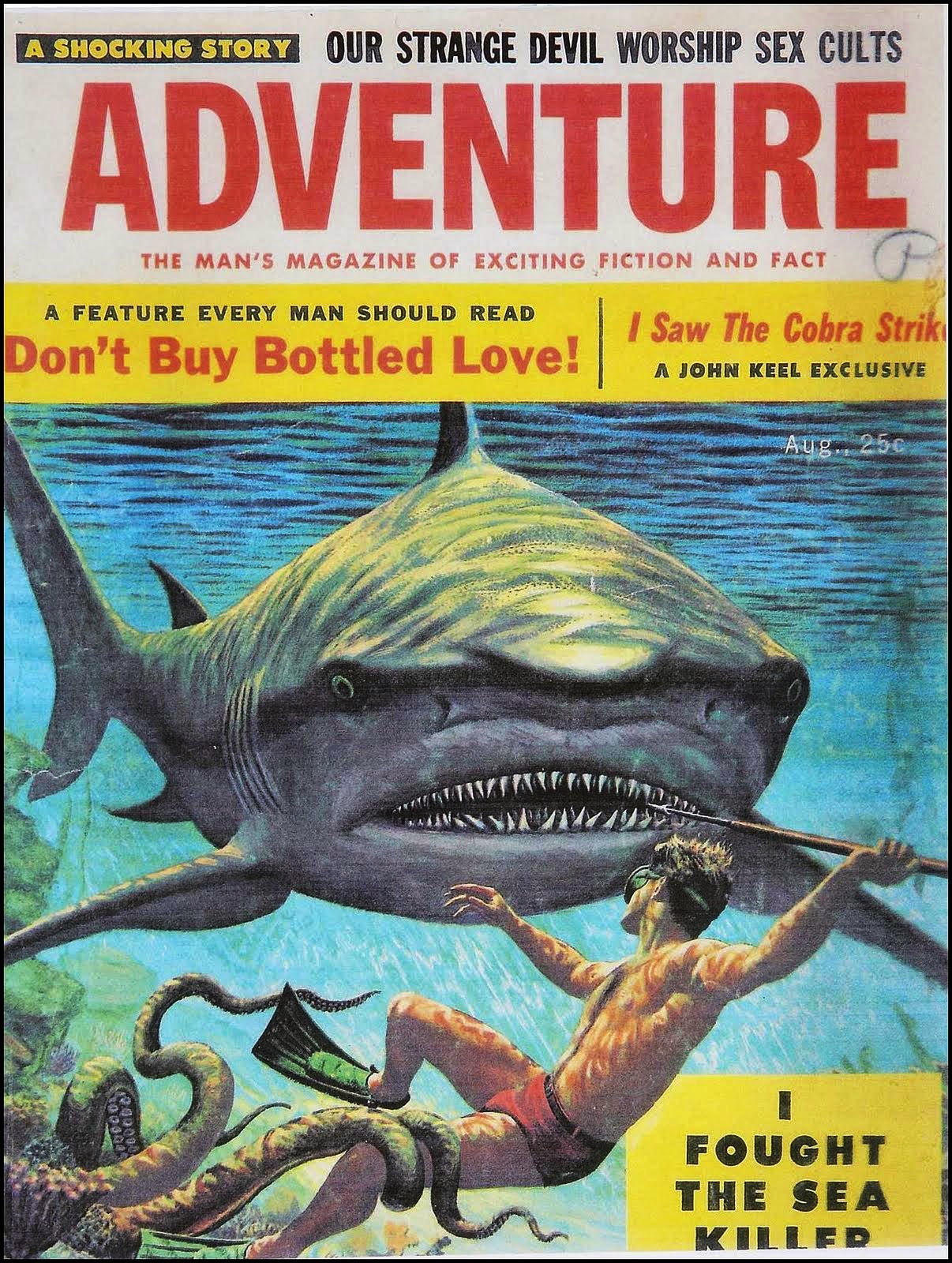 As a bonus, here's a look at the original artwork for that last cover. 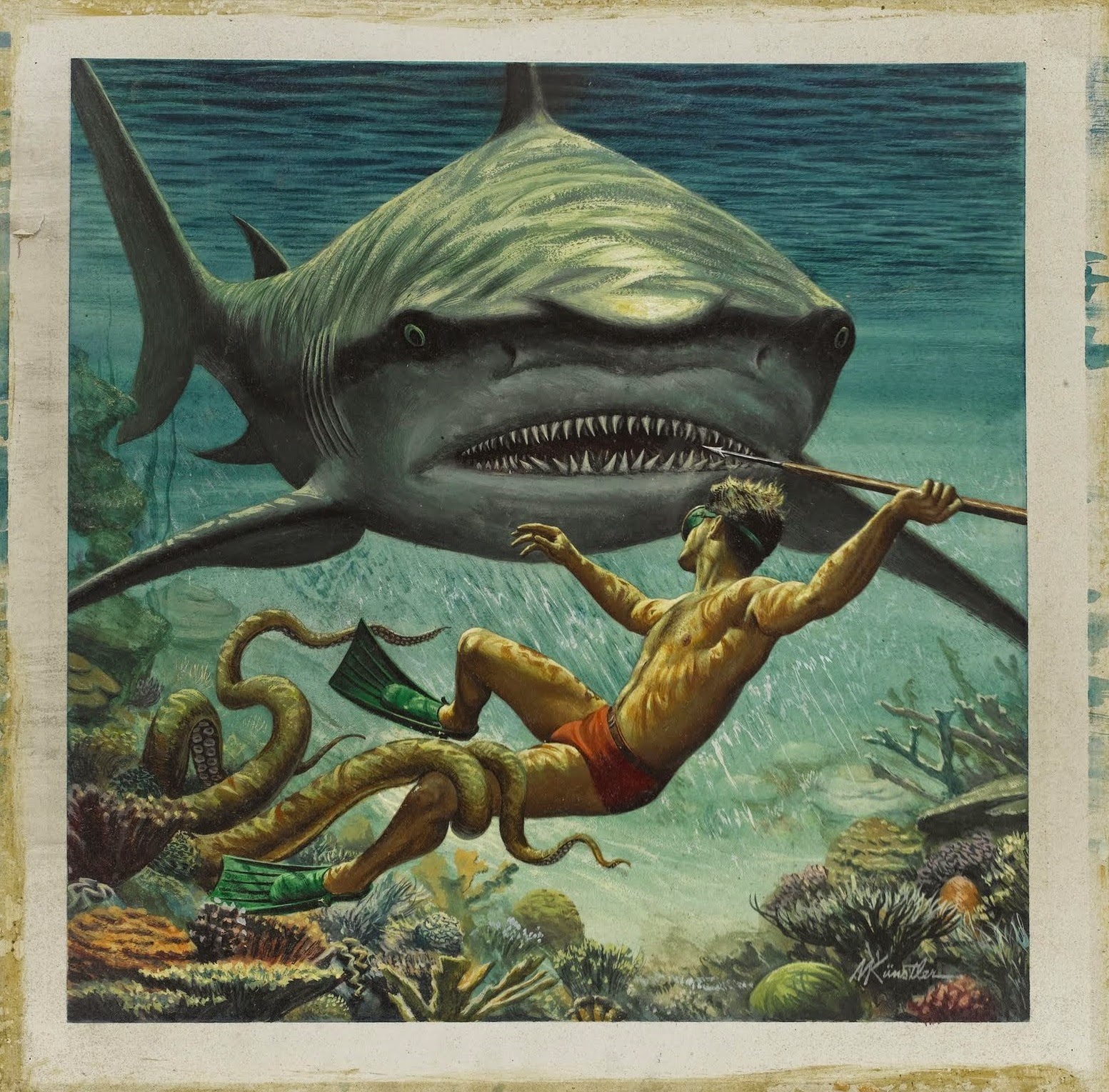 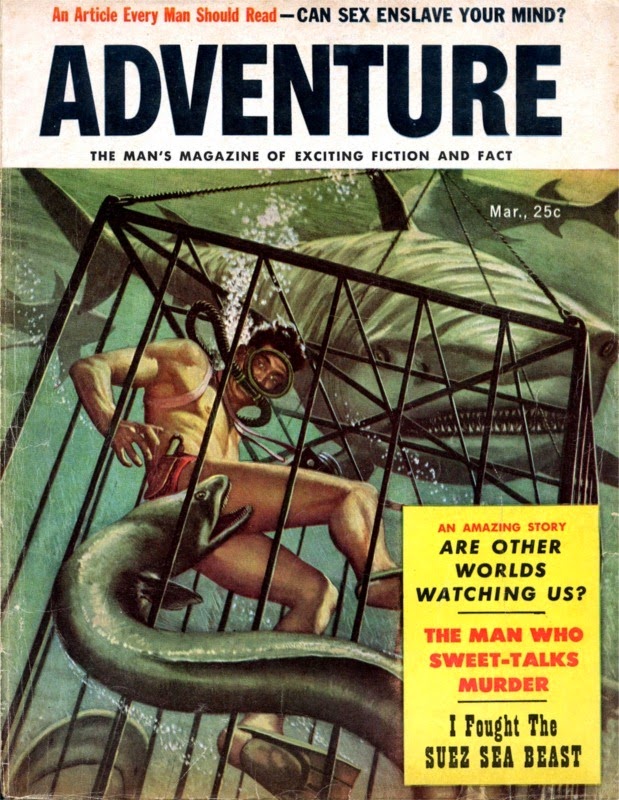 This next example is by Harry Schaare. 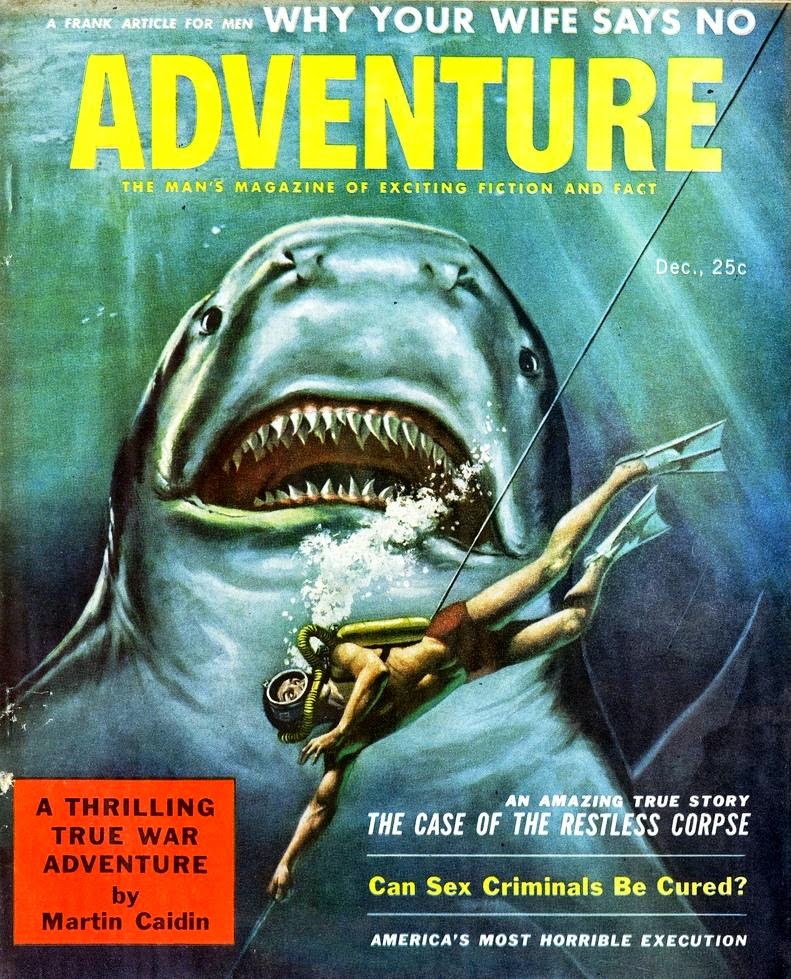 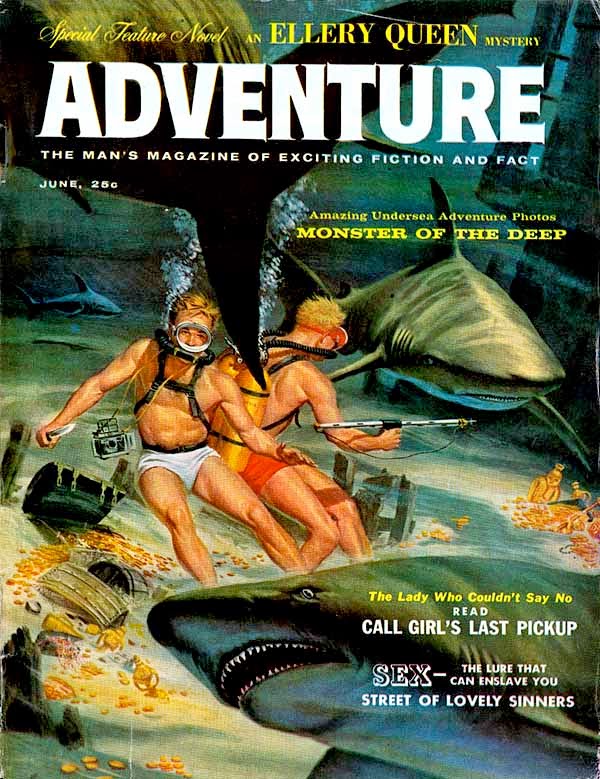 Sadly it seems that none of their "amazing undersea adventure photos" were good enough to go on the cover. Never mind, we get this smashing cover by an unidentified artist instead!