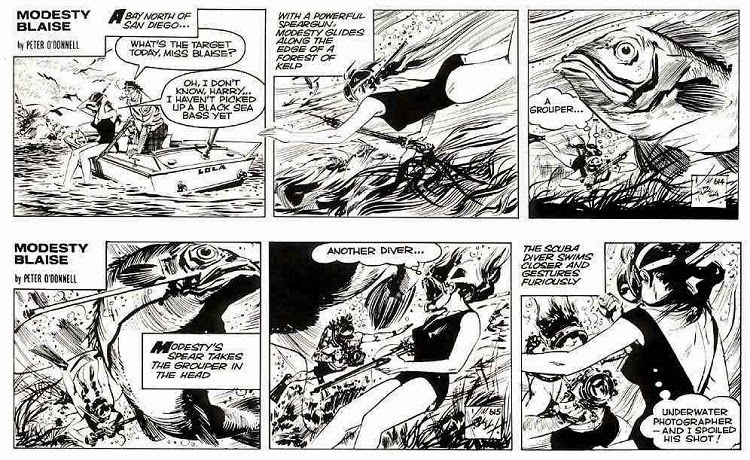 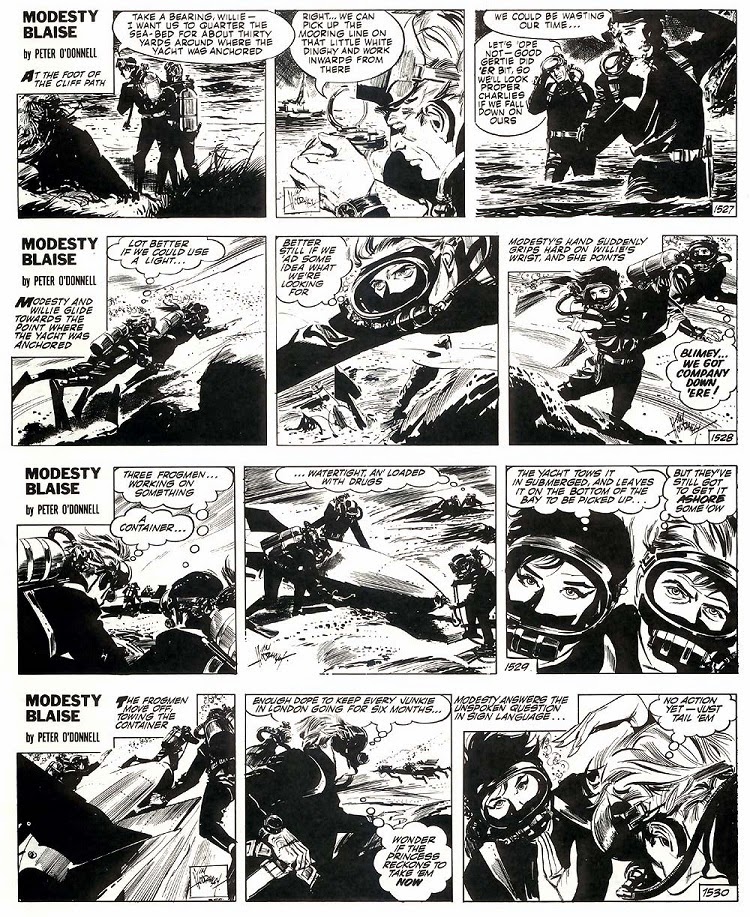 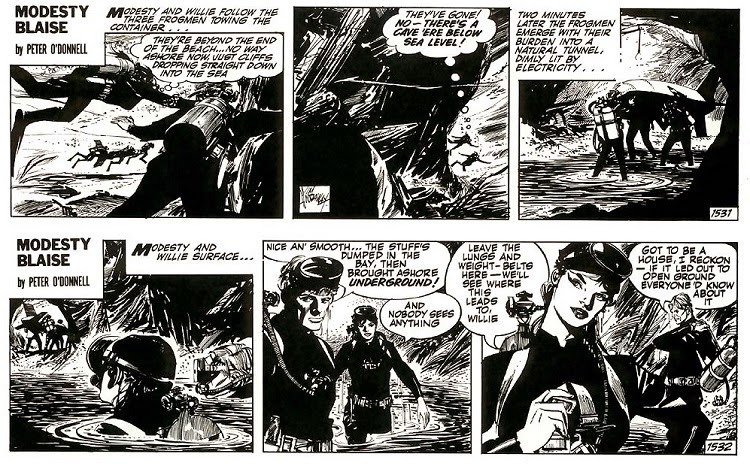 In 1957 he started work on the humour/adventure strip Romeo Brown in the Daily Mirror. This saw him working with Peter O'Donnell for the first time. In 1963 O'Donnell was asked to produce a new  strip for the Daily Express and created Modesty Blaise, Holdaway was always his first choice to be the artist. The Express ultimately turned down the strip and it appeared in the Evening Standard instead. They worked together on Modesty Blaise until Holdaway's untimely death in 1970. He was only 43 years old.
Posted by Robert Moubert at 5/27/2014 01:00:00 pm