Amongst its varied output in the late 60s/early 70s, Charlton Comics had a little niche pretty much to themselves; racing cars, hot-rods and motorbikes featured in various titles such as Grand Prix, World of Wheels and Drag n' Wheels. Surf n' Wheels had two features - motorcycle racers The White Angels and The Surf Kings. In issue six, published in July 1970, the Surf Kings ventured beneath the surface.

The cover is by White Angels artist Jack Keller. 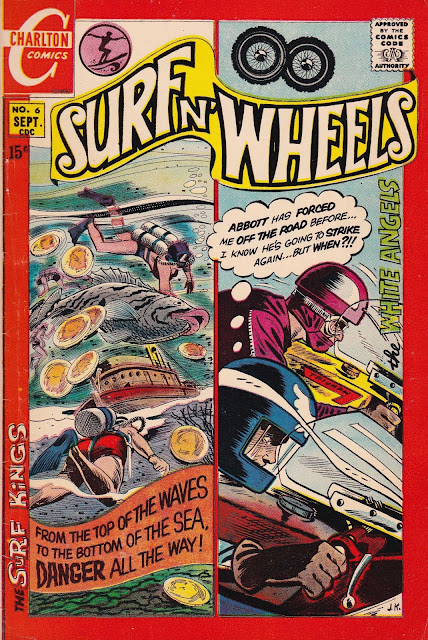 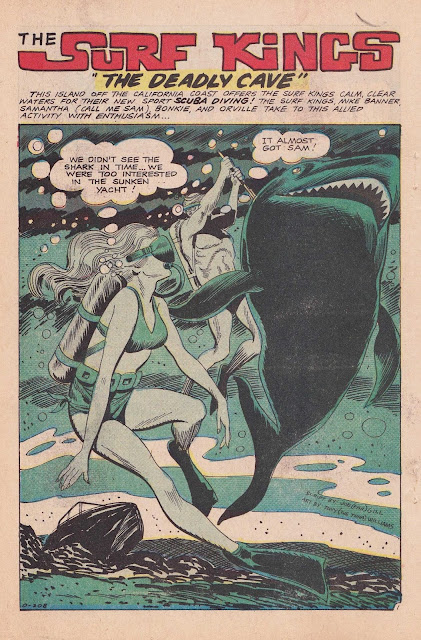 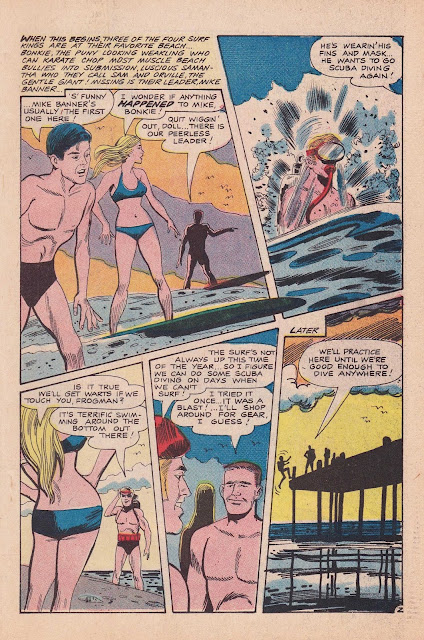 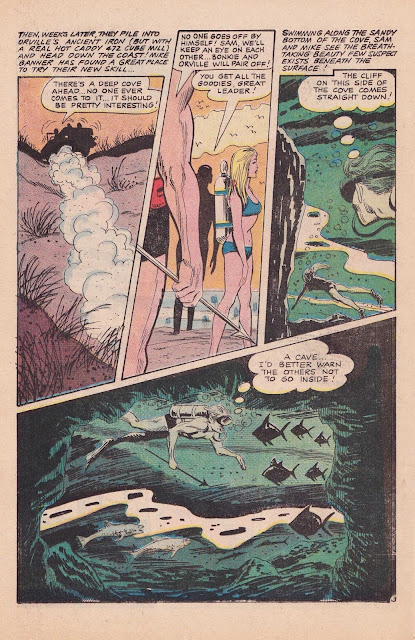 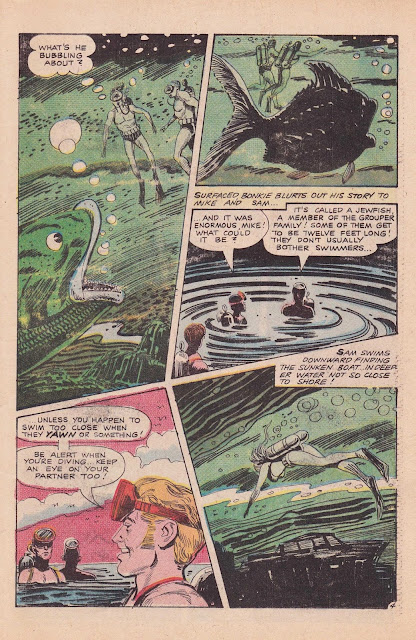 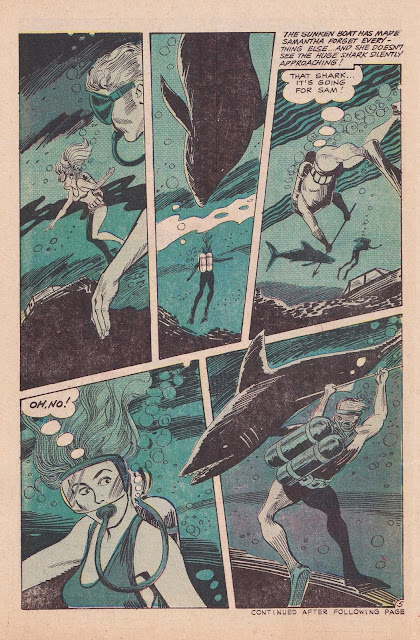 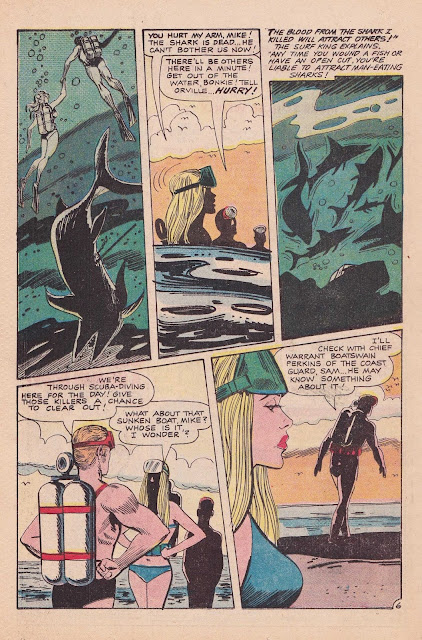 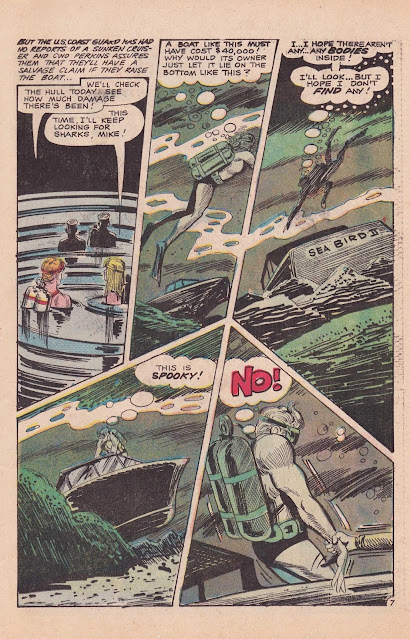 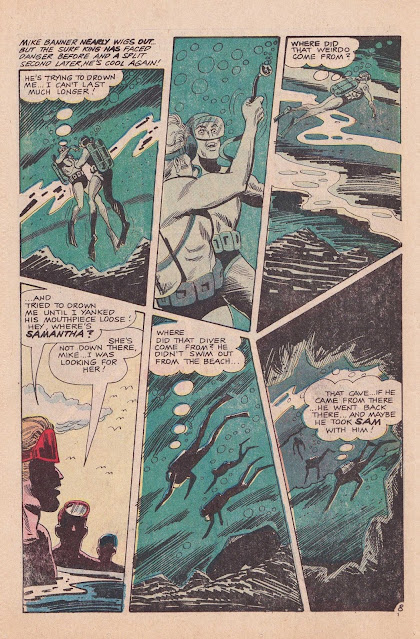 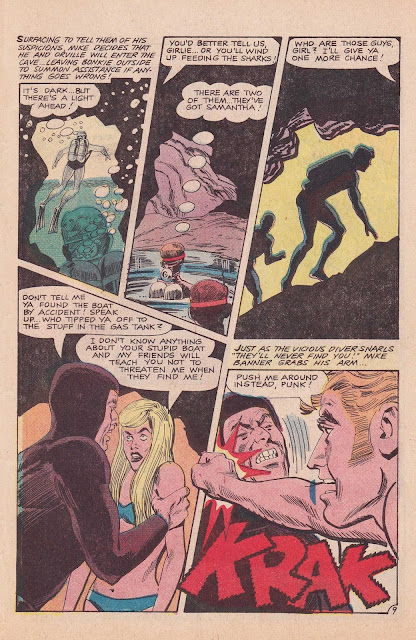 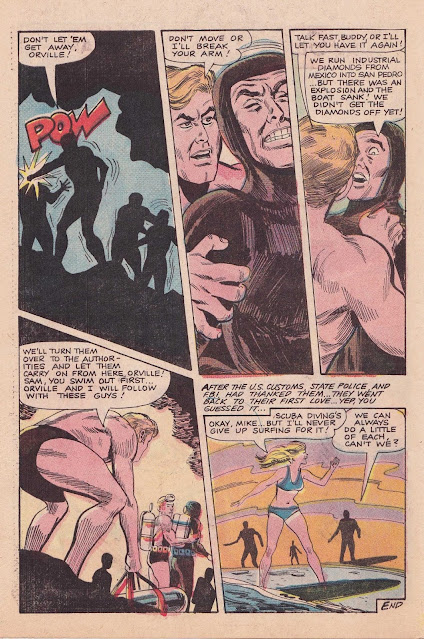 Whether or not the Surf Kings continued diving is a mystery as this proved to be the final issue.

"Tony Williams" (also Tony Williamson and Tony Williamsune) was a pseudonym used by penciller Bill Fraccio (1920-2005) and inker Tony Tallarico (b.1933). In addition to Charlton they also worked together for Warren Publishing. Both left comics during the 1970s; Fraccio moved into advertising and teaching while Tallarico began illustrating children's books.

Email ThisBlogThis!Share to TwitterShare to FacebookShare to Pinterest
Labels: Charlton