The Humorous Art of Diving - A Mixed Bag of Boltinoff

Freddie the Frogman appeared in issue three of Showcase from 1956 which featured, appropriately enough, "The Frogmen!" 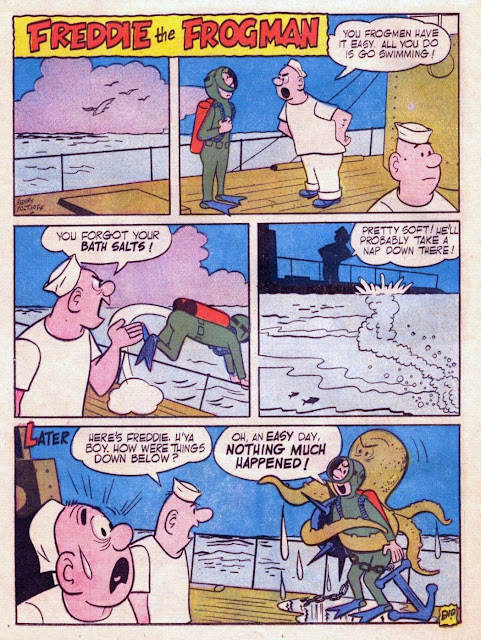 The rest of this selection all appeared in early issues of Aquaman in 1962/3 although Lucky was a reprint having previously appeared in a 1957 issue of Superboy. 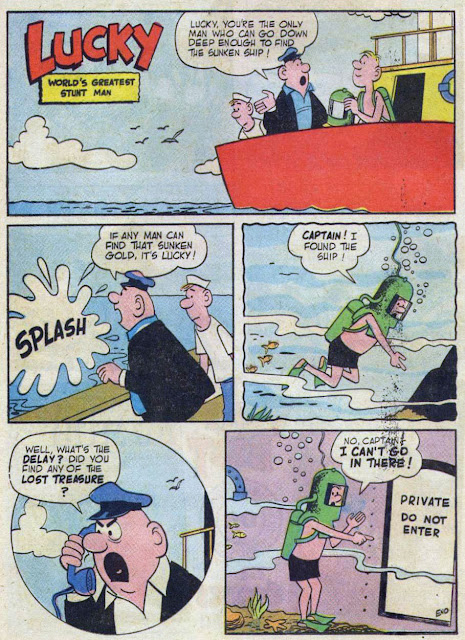 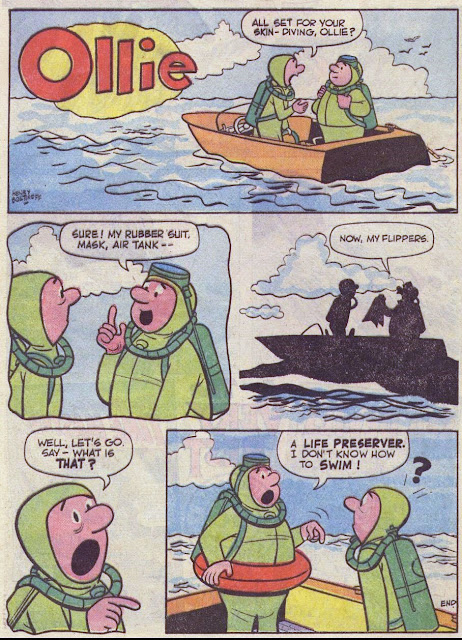 I don't know if this Shorty is supposed to be the same one who featured in the previous Boltinoff selection. 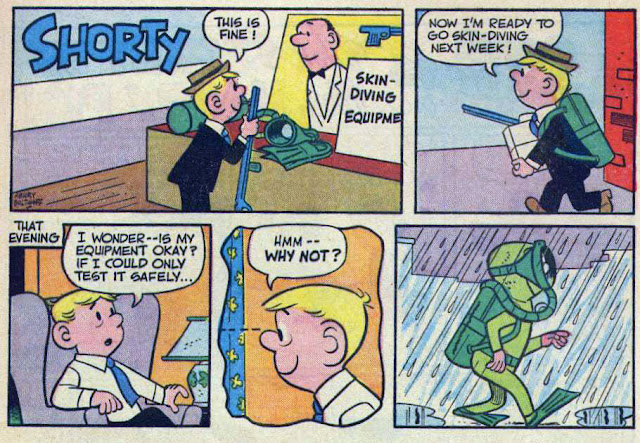 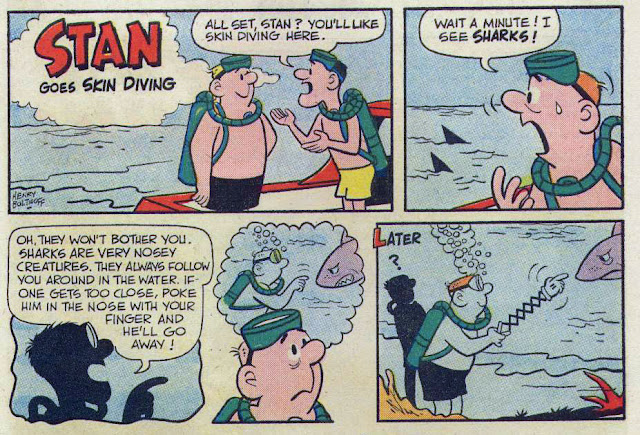