Jack Davis wrote and drew two issues of Yak Yak for Dell's long-running anthology title Four Color. Subtitled A Pathology of Humor, the issues in question were numbers 1186 and 1348, published in 1961 and 1962 respectively. This look at skin diving appeared in the second issue. (Click for larger images). 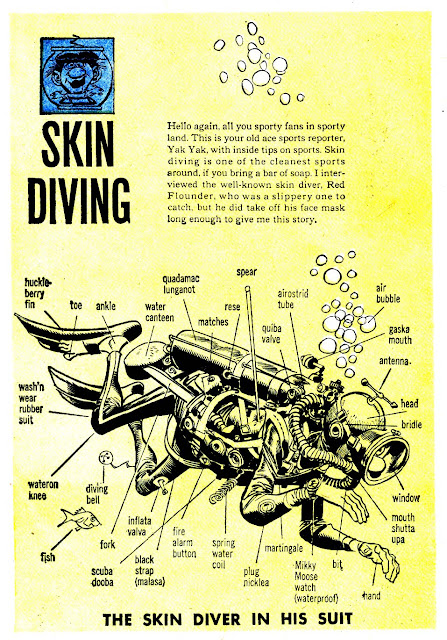 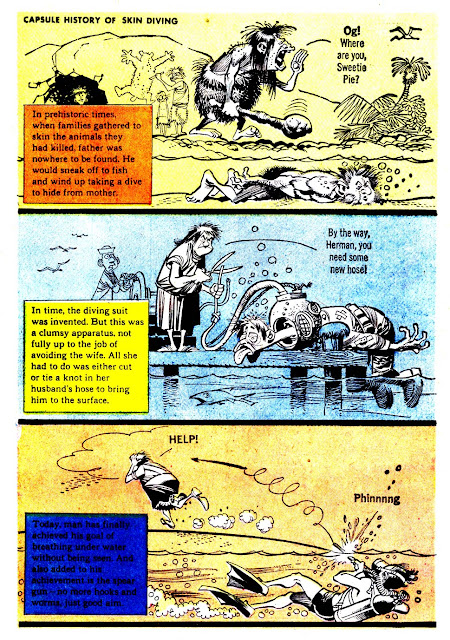 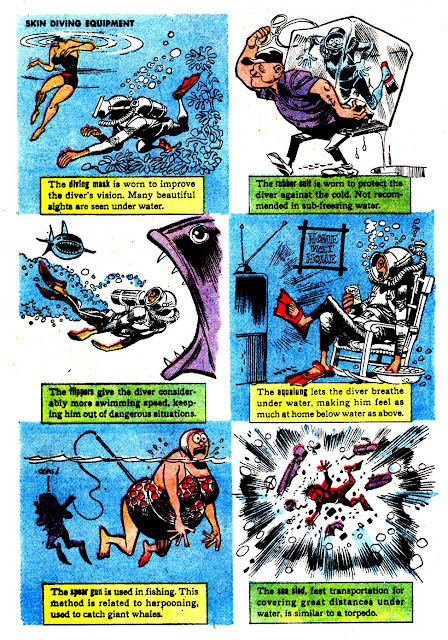 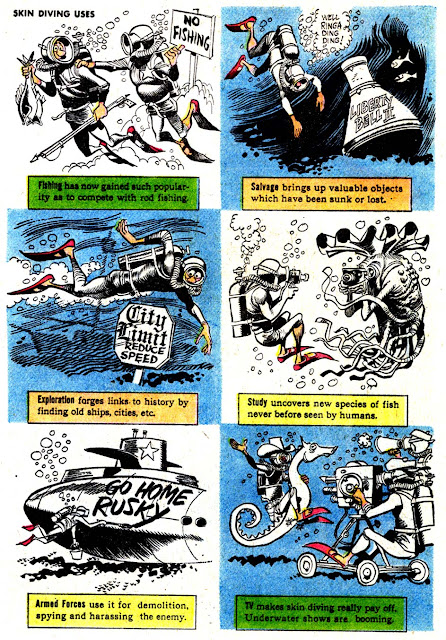 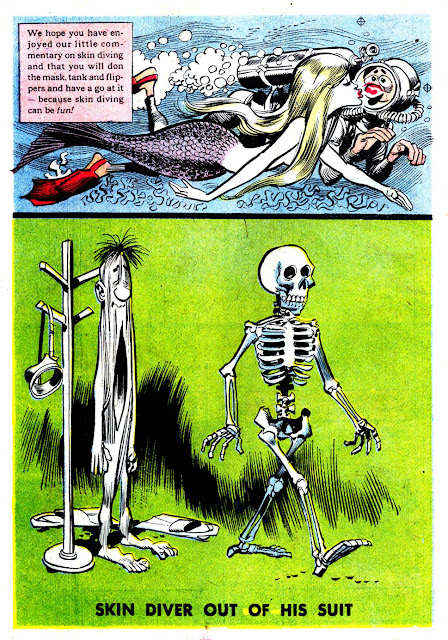