The Ape of Diving

Long-time Art of Diving  readers will remember when I featured the thrilling exploits of  Rex the Wonder Dog. Well, Rex wasn't the only member of the animal kingdom to have an aquatic adventure as you'll see below. Detective Chimp was a regular back-up feature in The Adventures of Rex the Wonder Dog and in this 1954 story by writer John Broome and artist Carmine Infantino, it's the turn of Bobo the crime-solving chimp to don some scuba gear! (Click for larger images). 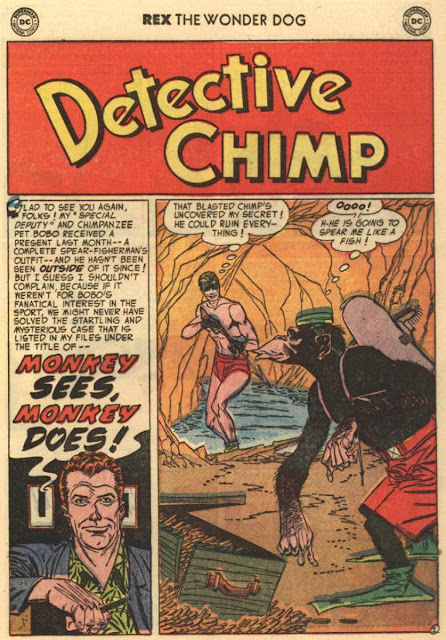 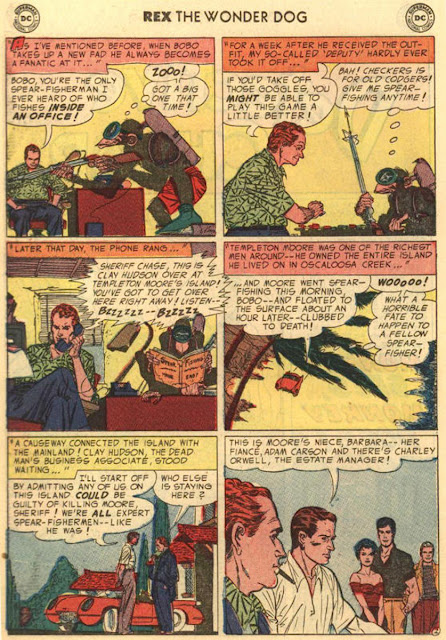 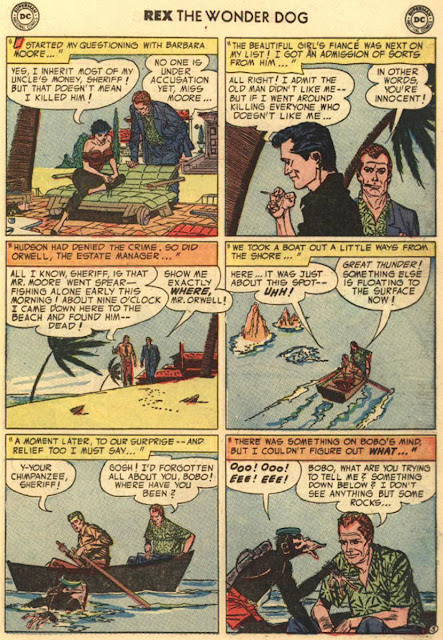 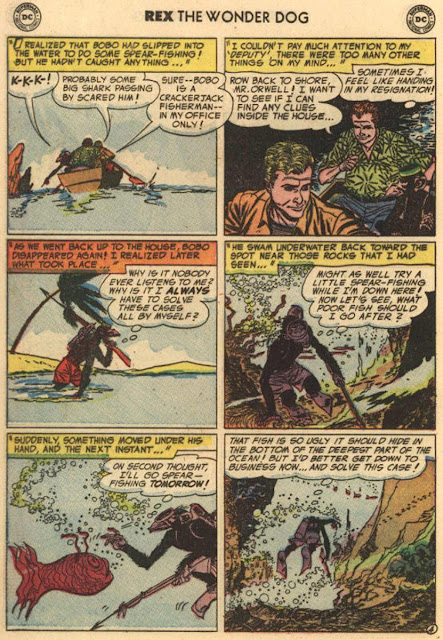 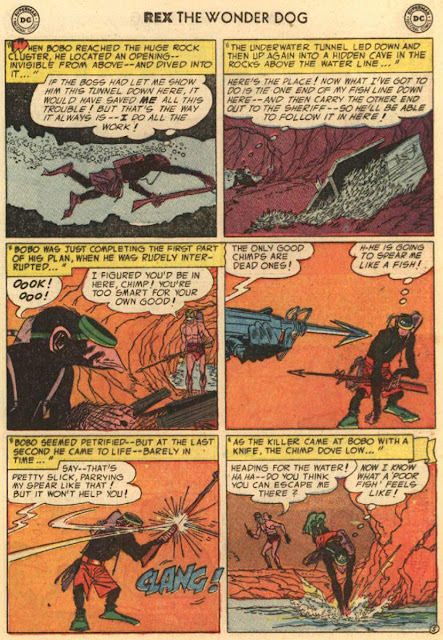 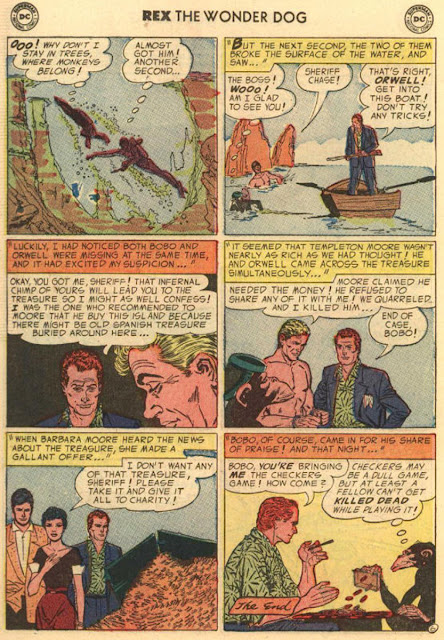 The Random Art of Diving

I'm aware that I've been neglecting this blog somewhat but in my defence I've been quite busy in sunny Azerbaijan for the last seven weeks working on the Islamic Solidarity Games! Anyway, I've picked a random selection of images to share with you. Unfortunately I can't give much information about most of them but I hope you'll just enjoy the pictures!

Butler Parker was created by Günther Dönges and appeared in over 600 novels between 1953 and 1992. When not busy buttling, Joshua Parker would use his steel-lined bowler hat, arrow-firing umbrella and London taxi to solve crimes. The character also made the transition to German television in 1972 with 26 episodes being made. 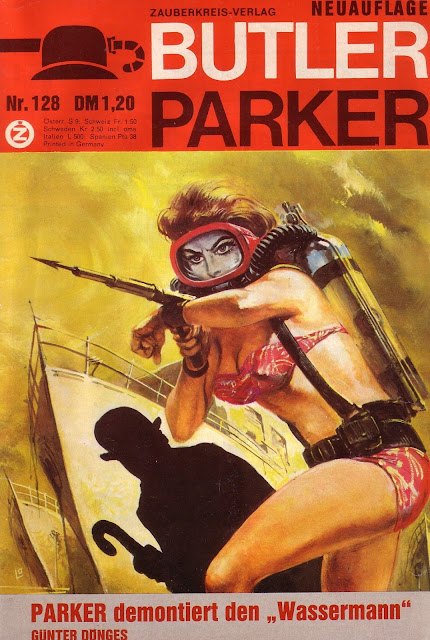 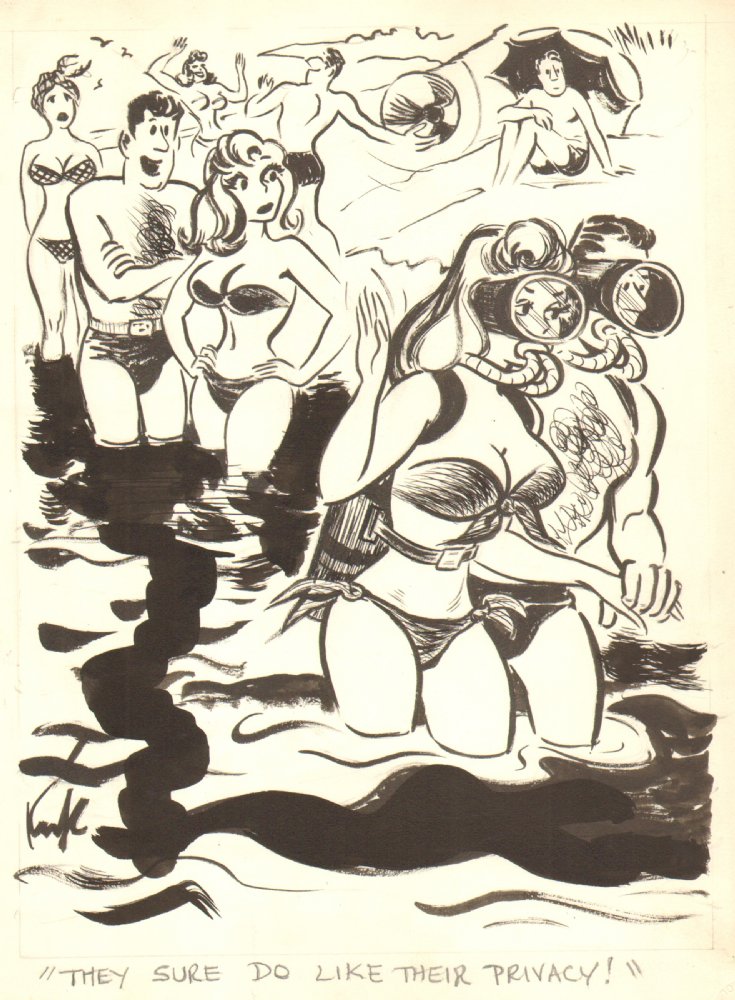 I tried to translate the caption on this Russian postcard from 1961 but to no avail. If you know what it says please leave a comment to let me know! 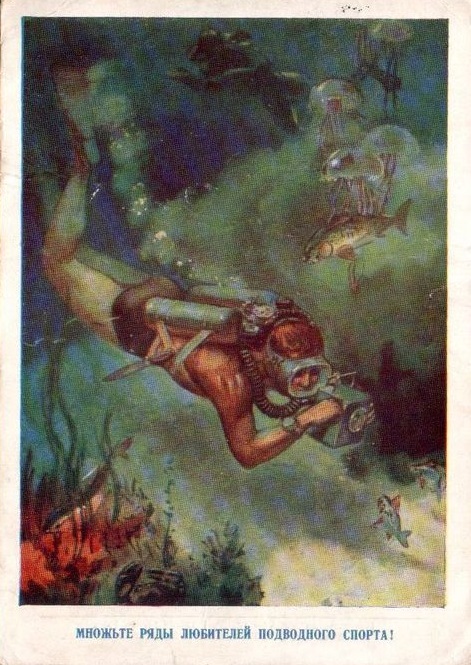 This illustration from a 1961 issue of the Australian magazine Adam is courtesy of the wonderful Pulp International website. Check it out. The art is from a story called Appointment in Tangier. Anyone read it? 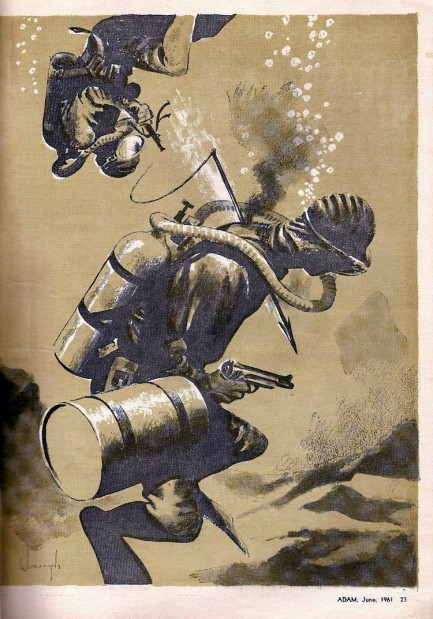 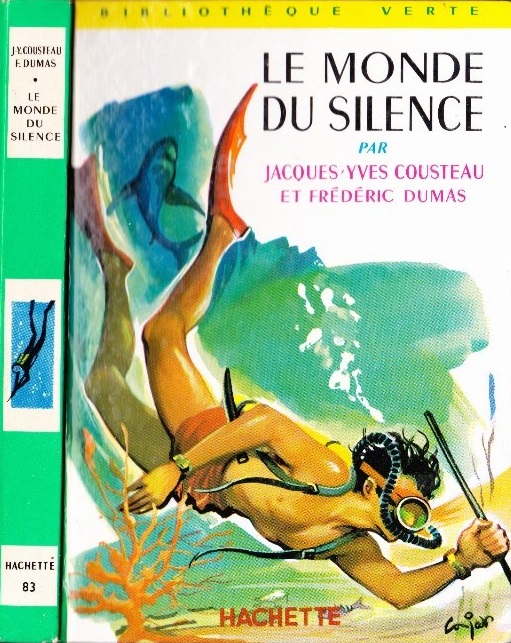 1959. This cover makes me think the diver is a contortionist in his spare time! I'm not sure why the artist didn't just draw him slightly smaller. 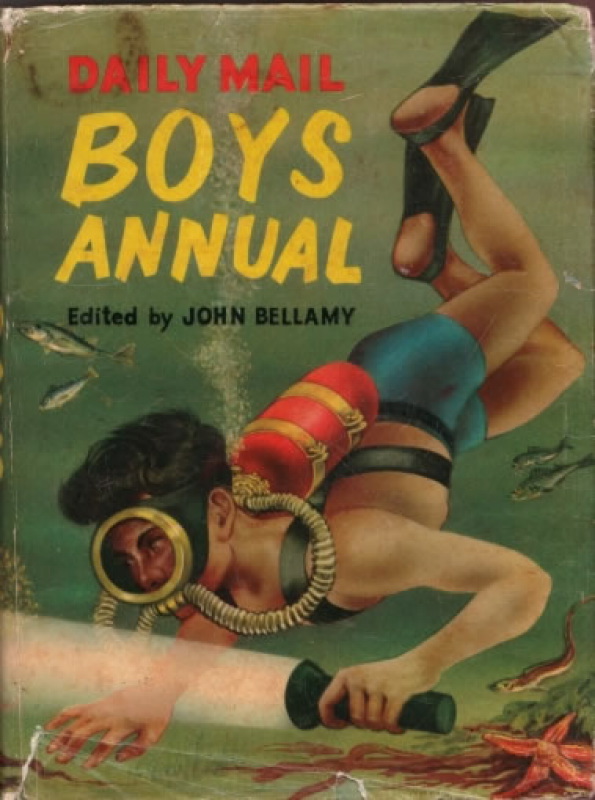 1954. Based on the signature I believe this is by Peurto Rican artist Rafael Desoto (1904-1992). It's very nicely done but, as ever, The Art of Diving cannot condone actions such as shark-riding! 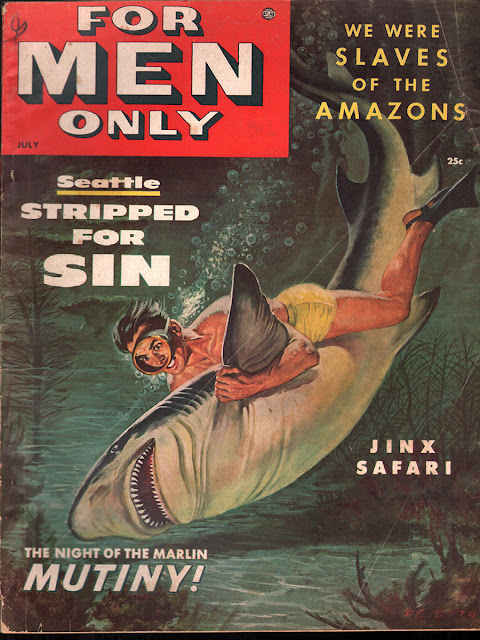 And now this fella's at it! 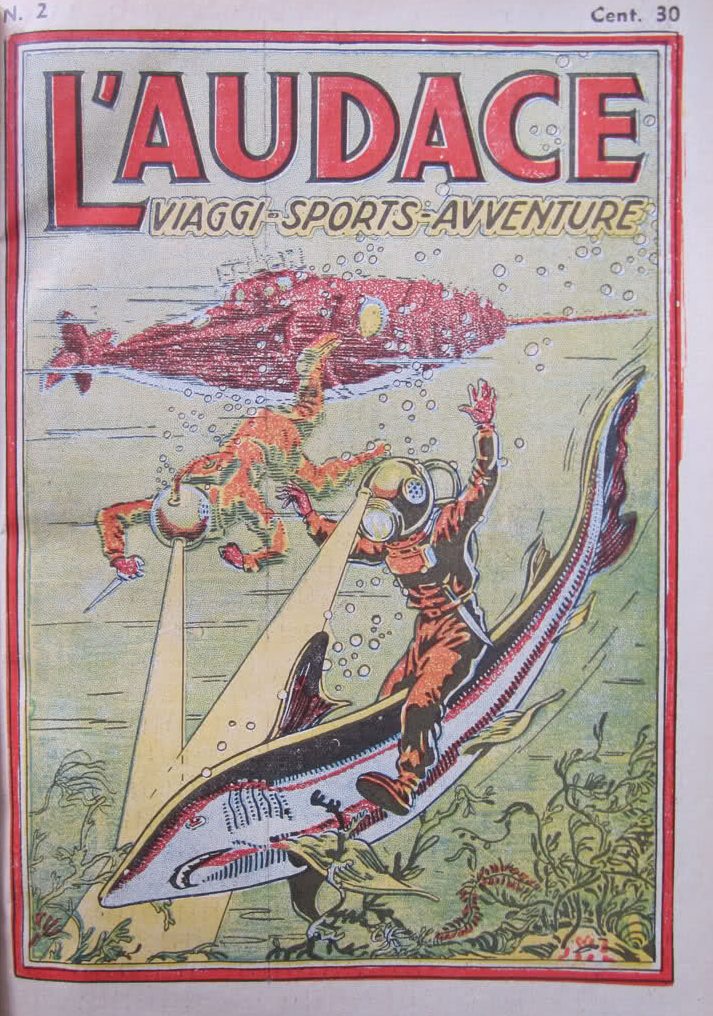 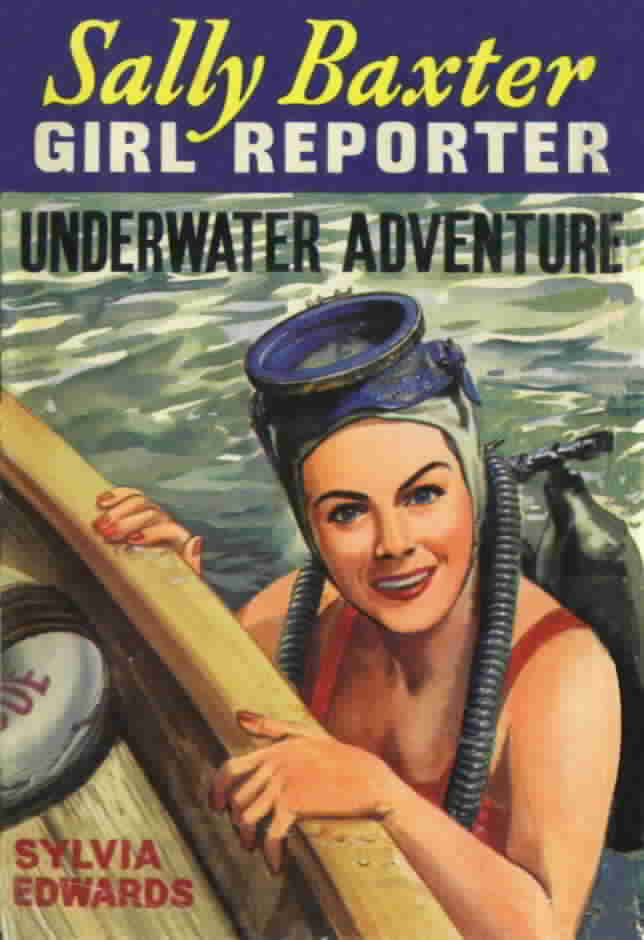