Once Upon a Dive

A mixture of fairy tales, children's stories and educational features, Once Upon A Time proudly proclaimed on the cover of its first issue that it was "the loveliest paper in the world!" Published by City Magazines from 1969 - 1972, the magazine boasted full-colour throughout its 163 issues and featured some beautiful work by artists such as Ron Embleton, Don Lawrence, Phil Mendoza and Jesús Blasco to name but a few.

The first two pieces featured here are by Andrew Howat. The originals are currently for sale at the Illustration Art Gallery: School of Sharks and Sea Turtle and Diver. They also have a brief biography of Howat. (Click for larger images). 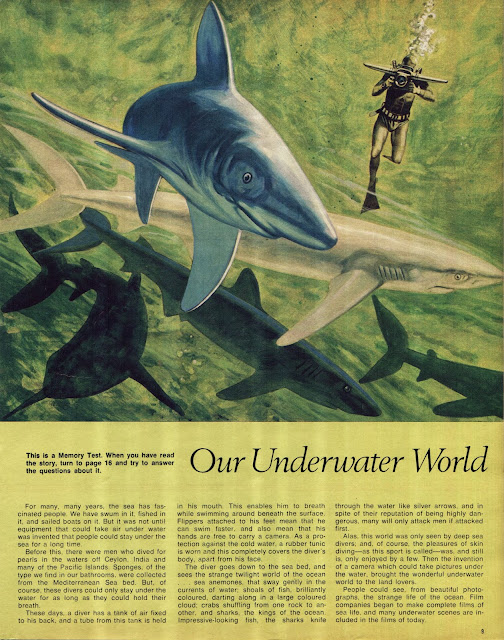 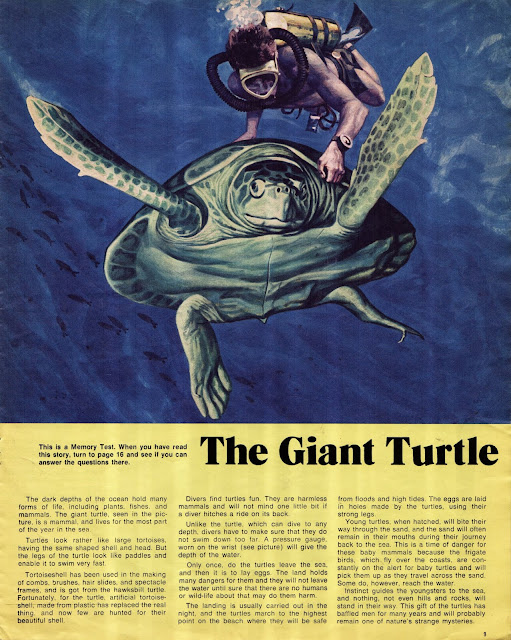 The Art of Diving would just like to stress that it does not condone touching marine life!

I'm not sure who the artist is on this next piece. The Art of Diving would also like to stress that it does not condone the collecting of coral! 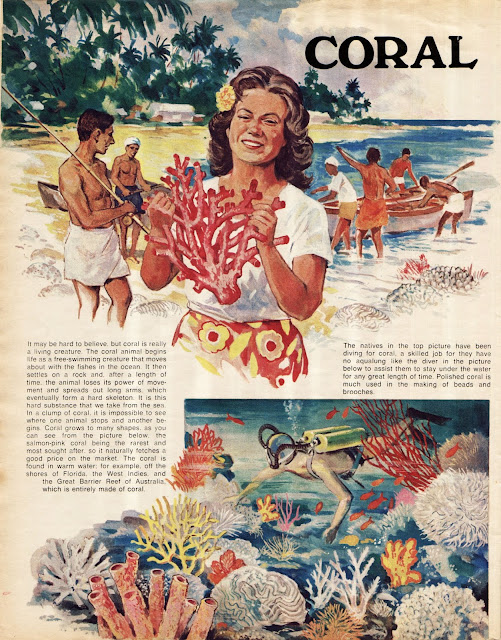 This final piece was one of three items grouped together under the heading Well, Fancy That! 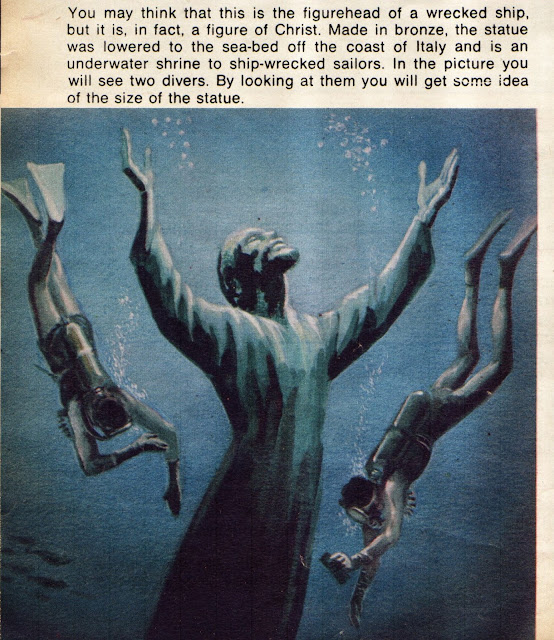 The statue of Christ featured in an earlier Art of Diving post back in 2014.