Three of a Kind - When Eight Bells Toll

Just a quick one today. I haven't done a "Three of a Kind" post for a while so here's three covers from popular thriller writer Alistair Maclean's When Eight Bells Toll. Originally published in 1966 it marked his return to writing after a three-year break during which he was running the famous Jamaica Inn on Bodmin Moor.

First we have the US first edition... 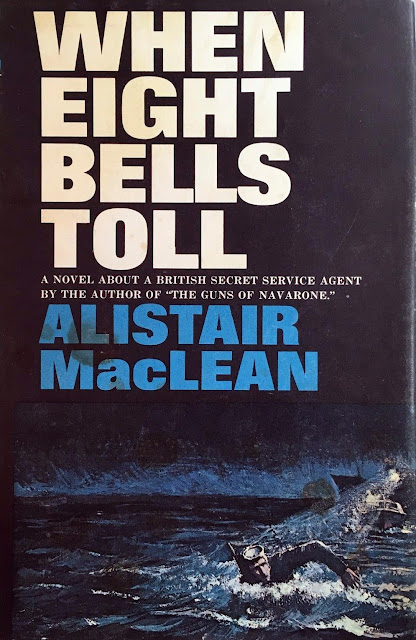 This Companion Book Club edition was also published in 1966. It just goes to show that you don't necessarily need full colour to produce an effective cover. 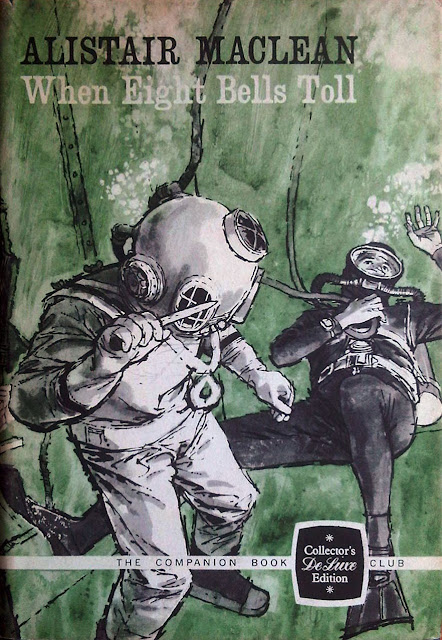 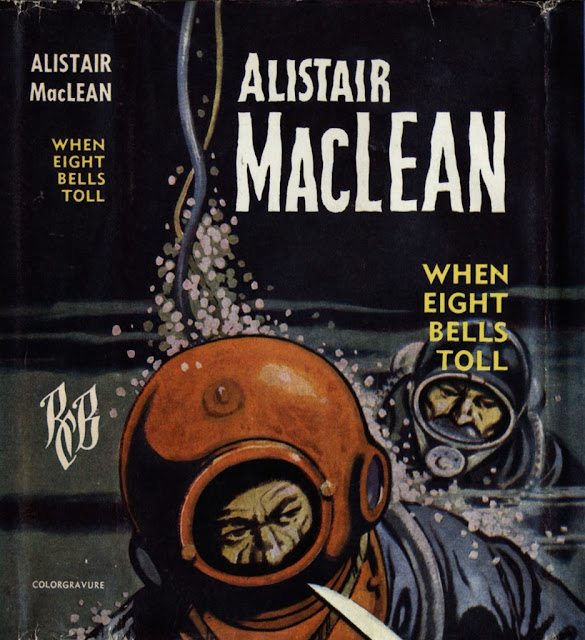 Hayles  was born in England but moved to Australia after World War Two. He worked for K.G. Murray as a cartoonist and illustrator on Man magazine where he created the trademark character Wilbur. He also worked on the company's comics line including Man Out of Space and the Climax range (stop sniggering at the back!). In 1952 he joined the Melbourne Herald as an editorial and gag cartoonist.