Dell Comics in the US published 10 issues of a comic based on the series but they all had photographic covers. UK publisher World Distributors produced a 100 page album featuring reprints of some of the strips. I'm fairly sure that the cover is by World stalwart Walt Howarth. 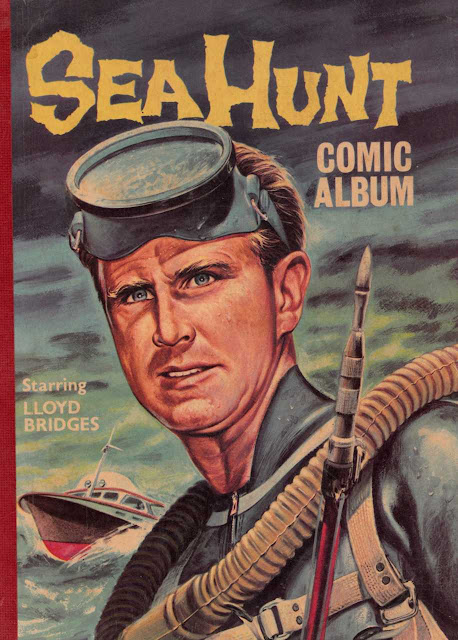 The series had also featured in two editions of the Television Favourites Comic Annual, also from World Distributors. The cover shown here is from the sixth and final annual in the series. They primarily featured westerns, along with a few stories of TV animal stars such as Lassie and Rin Tin Tin, so Sea Hunt offered the reader a bit more variety. This one I can confirm is by Walt Howarth. 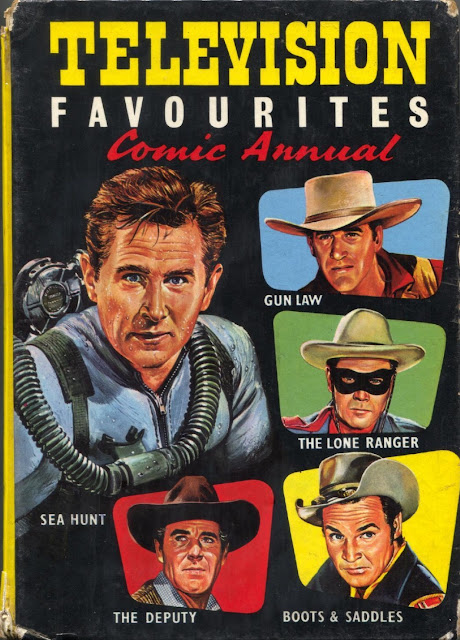 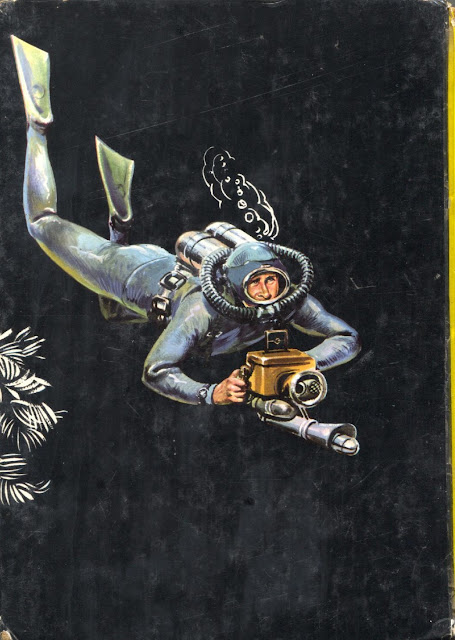 This colouring coloring book is from the US. Unfortunately the scan is not clear enough to make out the artist's signature. Anyone out there know who it is? 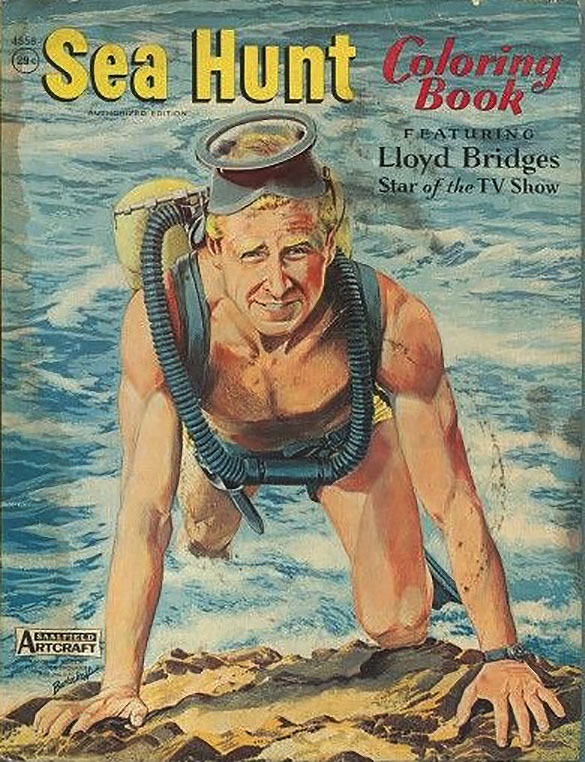