The Unexpected Art of Diving

A comic strip about a moth isn't somewhere I'd have expected to find a scuba-diving story but I recently found this example in the 1966 TV Comic Holiday Special. Mighty Moth was written and drawn by Dick Millington (1933-2015) who had a long career as a writer, artist and editor. Despite not being based on a TV programme, Mighty Moth was TV Comic's longest-running strip, appearing from 1959 until the final issue in 1984. In recent years Millington was best known for his Daily Mail strip I Don't Believe It. 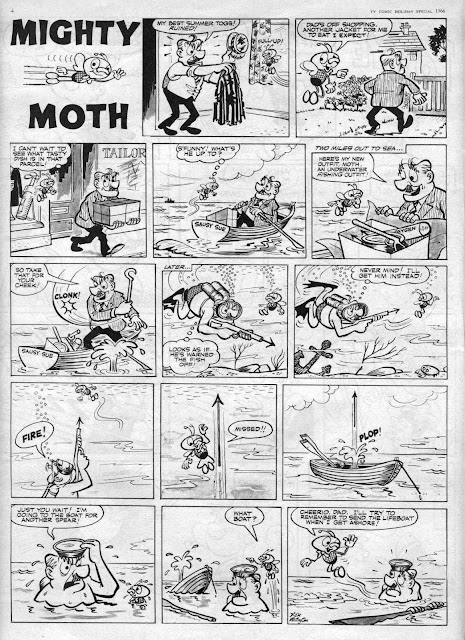