Halloween is upon us once again so here's a special spooky selection to mark the occasion.

We begin with a 1954 cover from EC's Tales from the Crypt. 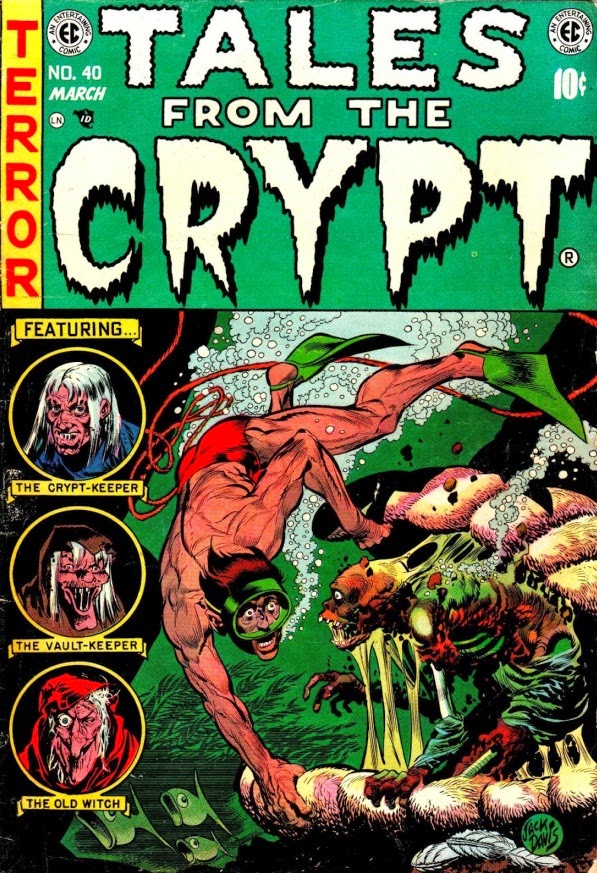 Jack Davis was a prolific artist for EC, able to pencil and ink 3 or more pages a day without sacrificing his lush, detailed style. He worked across the whole range of genres for EC, including Mad which started life as a regular size, colour comic. He branched out into advertising, magazines, film posters and record sleeves while still working in comics. He returned to Mad, now a black and white magazine, in the late 60s and remained a regular contributer, including many covers, for the next couple of decades.


Horror comics had a resurgence of popularity in the 70s and the covers below are from 1971 and 1974 respectively. 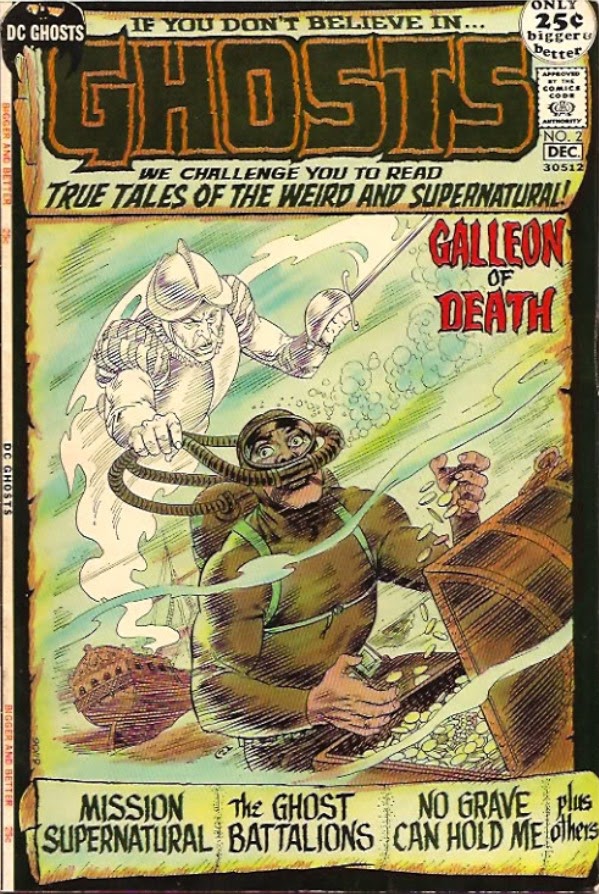 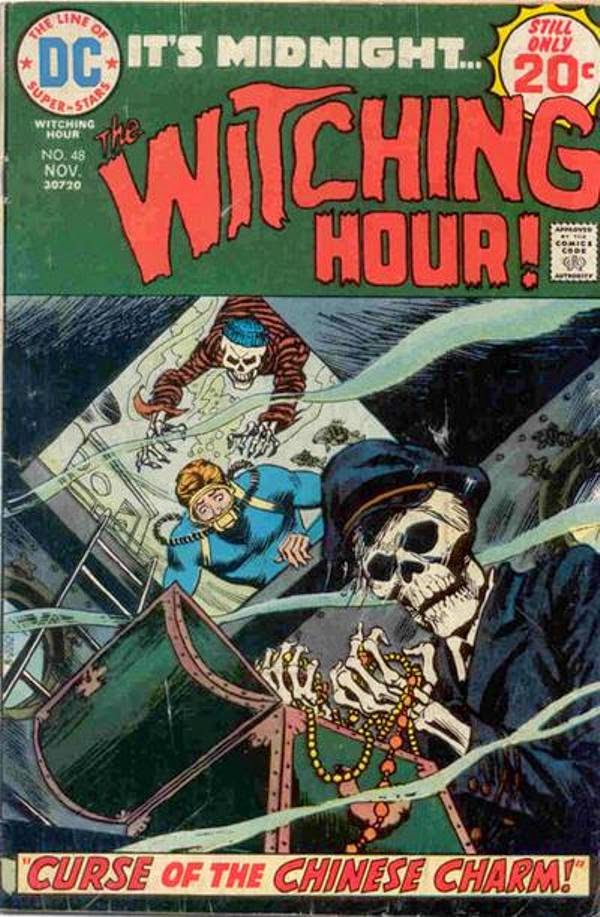 Both are by Nick Cardy who began his career working for the legendary Will Eisner before serving as a tank driver during World War 2, earning two purple hearts. After the war he worked on the newspaper strips Tarzan and Casey Ruggles before Joining DC in 1950. In the sixties he had notable runs on Aquaman and Teen Titans and was DC's primary cover artist in the early seventies before leaving comics for a more lucrative career in commercial art.


Luis Dominguez began his career in his native Argentina in the 1940s but worked extensively for US publishers such as Charlton, Gold Key and DC in the 60s and 70s. The cover below is from 1974. 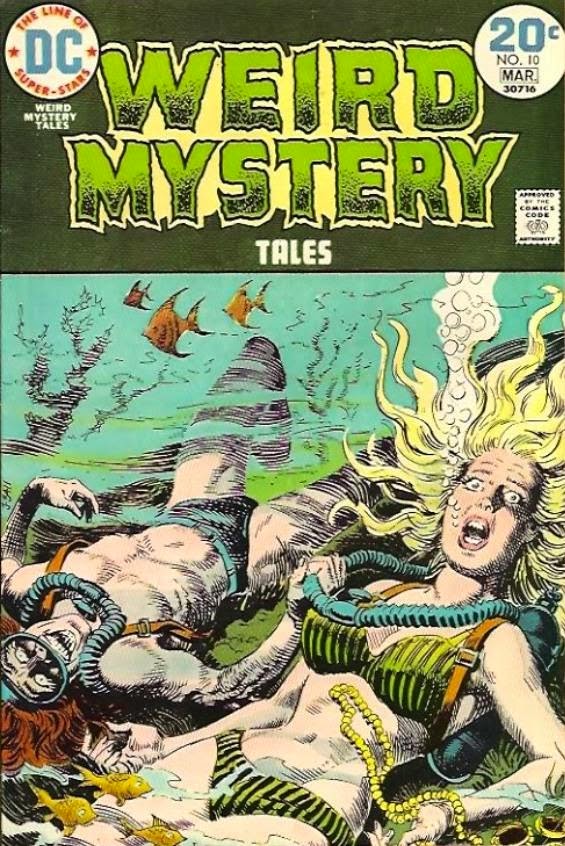 The next cover is from a short-lived 1991 series. Artist unknown. 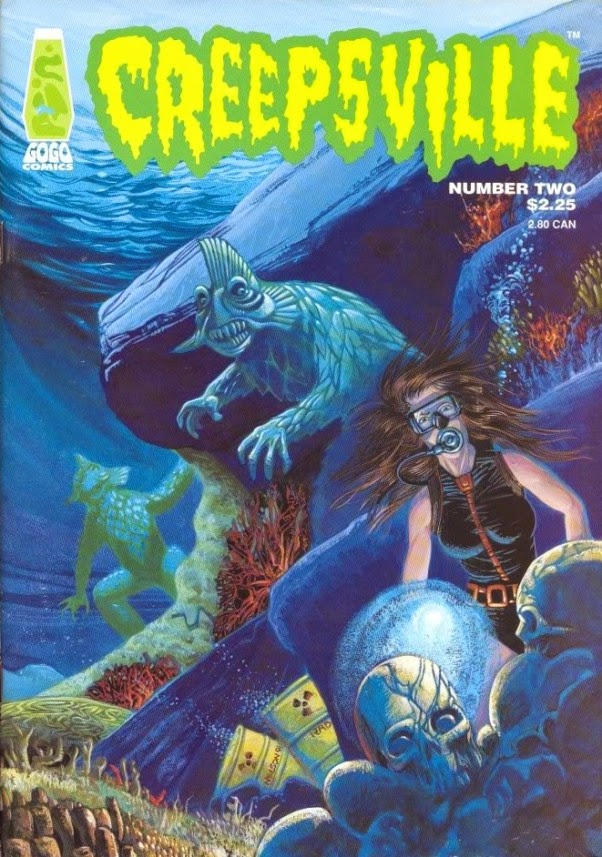 This colourful cover is by Ray Theobald. Badger Books was an imprint of John Spencer & Co that published a range of pulp magazines in the '50s and '60s. J.J. Hansby was one of many pseudonyms used by John S. Glasby who wrote over 300 novels and short stories for Badger Books. 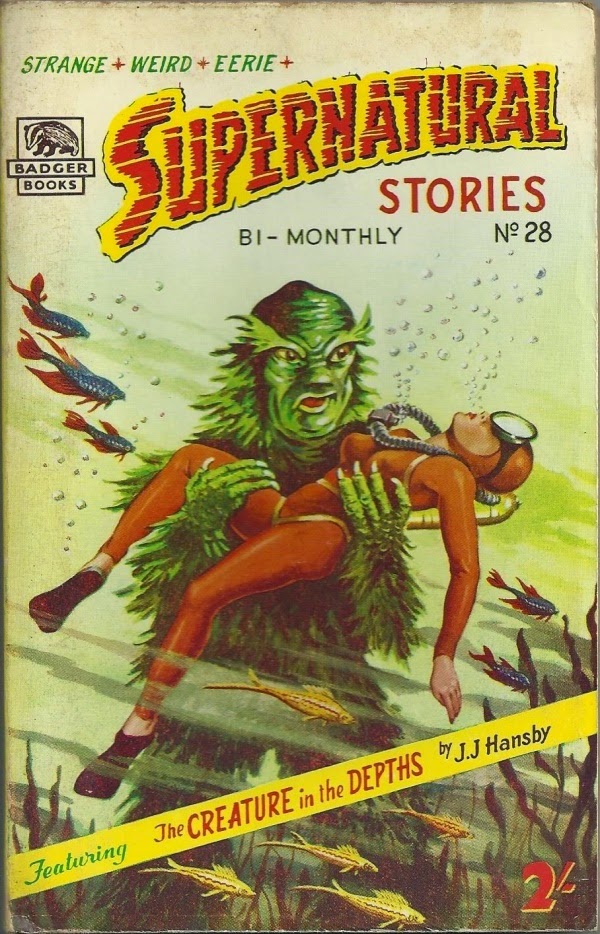 On a lighter note is this offering from the 1962 Beano Book strip, Danny on a Dolphin. Danny and his dolphin Flash are investigating the spooky apparition that has been scaring local pearl divers (Click for larger image). 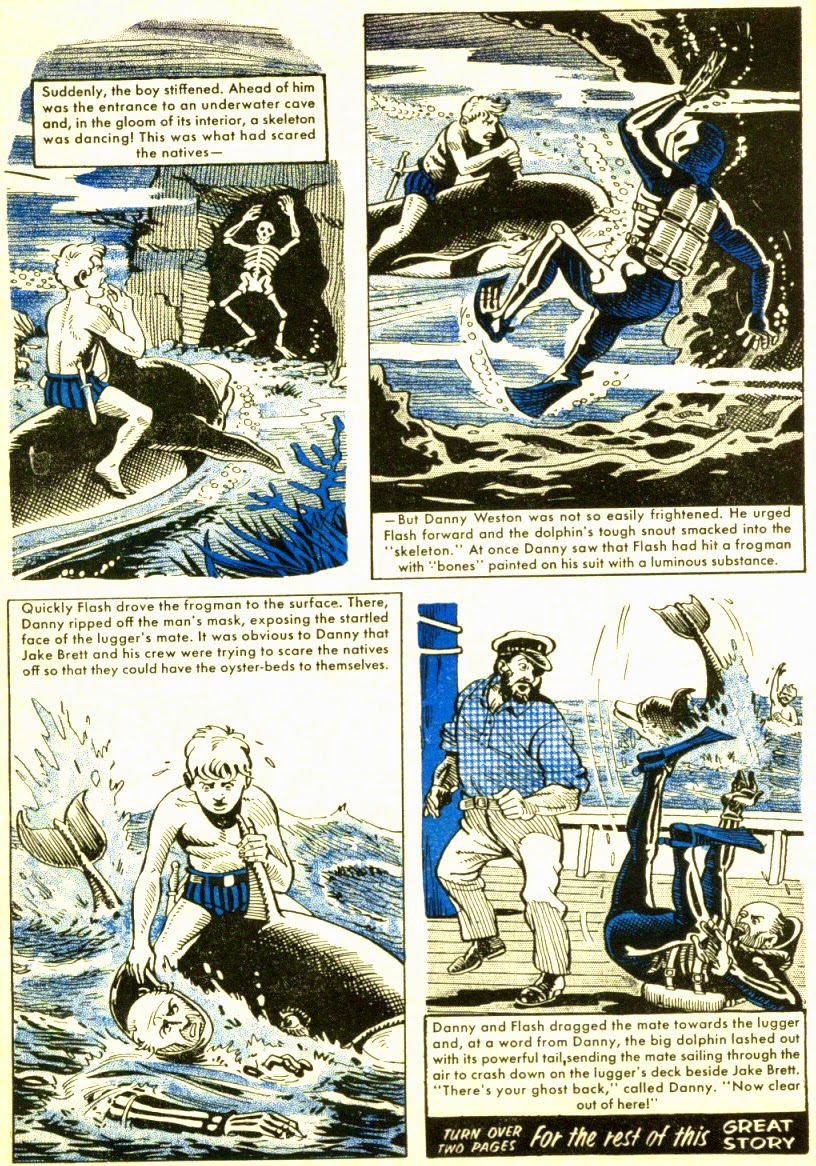 Artist Dave Sutherland drew various adventure strips for the Beano, perhaps most famously on Billy the Cat, before turning to humour strips. He drew cover stars Biffo the Bear and Dennis the Menace for many years and continues to draw the Bash Street Kids. He has produced over 2,000 Bash Street strips, a record no other Beano artist can match.
Posted by Robert Moubert at 10/30/2014 11:51:00 pm